"Travels With Maurice" by Gary Orleck

Posted by Matt McAvoy on Friday, January 28, 2022 Under: Book Reviews 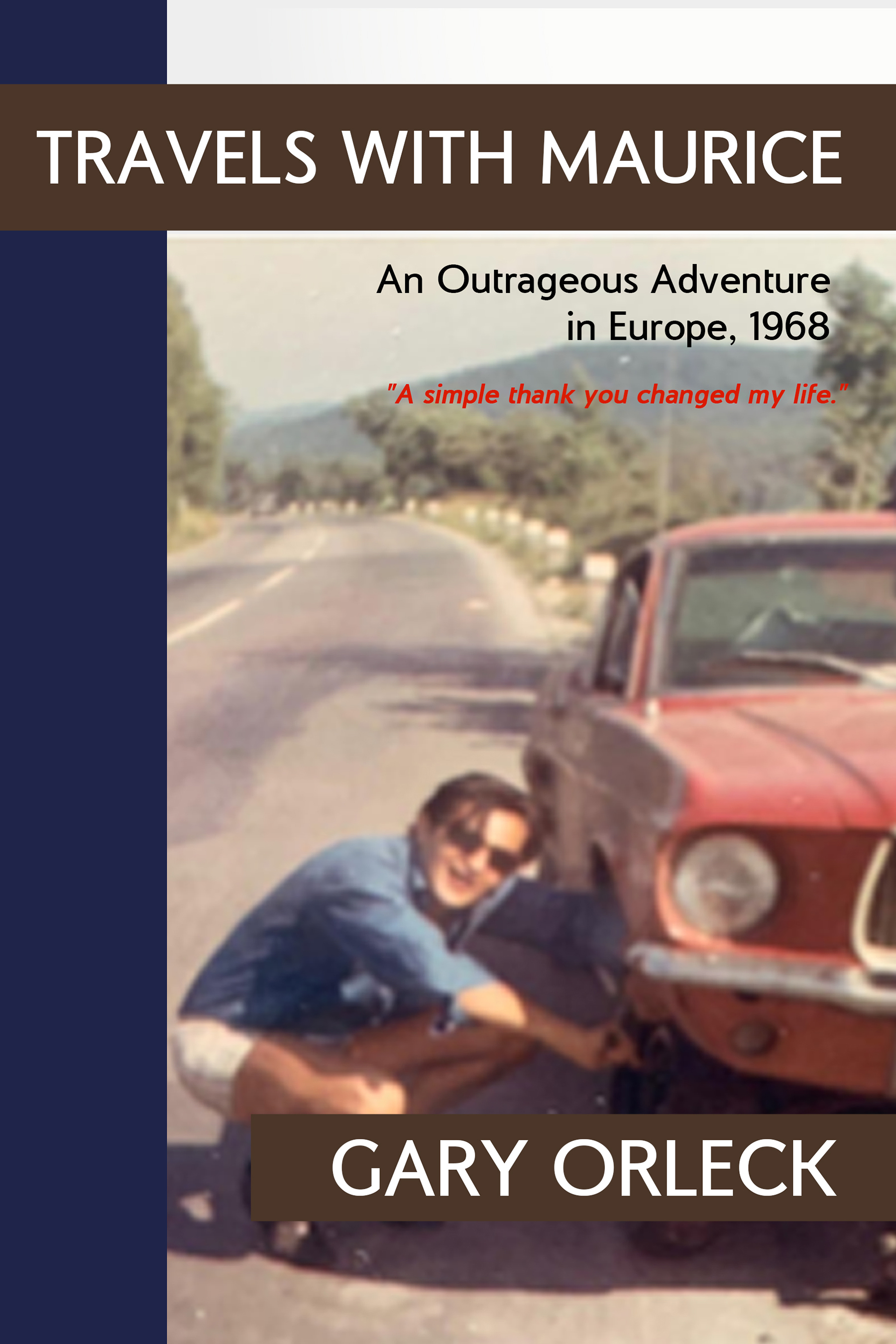 At times beautifully endearing, this book is a real treat, surprisingly poignant enough to catch you off guard at times.  Gary states from the outset that every word of it is true, though I have to say that the more I read, the more I wondered just how much creative licence has been applied to its factual framework.  But then, to tell the truth, when all is said and done, I think I believed pretty much all of it.  That the far-fetched political drama of it increases sharply as it goes on doesn’t really deter me from this feeling; in fact, the deeper we get into the murky realm of state-sanctioned killing and billionaire industry, the more this in fact starts to become the more believable part of the plot; as Michael Corleone might say: the higher you go, the more criminal it gets.  I don’t doubt the closing chapters and appendix of this book are exactly the way it is up there.

But I don’t want to give the wrong impression.  This is, for the most part, a story about coming of age, true friendship and learning cultural differences.  And it is breathtakingly moving on occasion.  Revealing Maurice’s untimely death right from the opening adds a whole undertone of sadness to the book which doesn’t really go away, but in fact slowly builds as the two friends navigate their complex and multi-layered relationship; in Maurice’s case, what is of most interest is that those layers are being continuously added throughout, until a character who began as a simplistic, naïve, fun-loving socialite starts to gradually emerge as an increasingly flawed young man, insecure and from a tremendously complicated background.  The overall sadness lies perhaps most of all in the fact that Maurice doesn’t really care about being what he actually is, but rather simply wants to make the most of enjoying that which he has been made into.  His relatively young death is just another example of the underlying sadness, which strangely, ultimately always feels destined to define him.

As a reader, you are never really impressed or seduced by the fantasy life Maurice lives – in fact, did find myself wondering just how much fantasy there was in this aspect of the “true story”; at times the superficial glamour felt quite thick with it.  The high-rolling lifestyle is the stuff of a Gatsby dream, and there are some pretty fantastical moments, which did have me cocking one eyebrow, I admit.  It also felt, for a book in which the narrator claims to be repulsed by the inequality of the obscene wealth on display, that there was a distinct lack of humility at times, when flaunting and ogling this wealth, on both the part of Gary and the billionaire’s son.  Of course, as the book goes on, it becomes very clear that with all that money comes dirt and grime of the soul; ultimately, family was the last denominator that mattered.

I was pleasantly surprised by this warm-hearted, broken-hearted book, and found myself genuinely quite touched by it.  The geo-political study and dark undertone of religious persecution added another dimension to its quality.  In fact, I’d go as far to say that, put simply, I believe there is something in this wonderful book which might appeal to all readers, for numerous reasons.
Due out in April by Touchpoint Press - Author's Website: