Posted by Matt McAvoy on Thursday, August 12, 2021 Under: Book Reviews 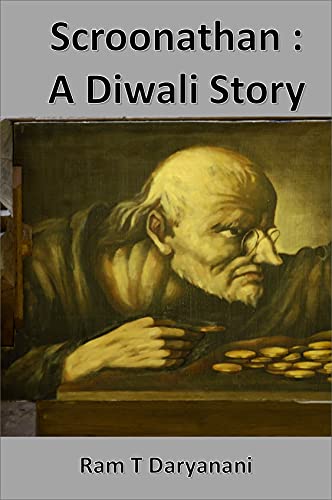 Another beautifully written book by Ram Daryanani, who is very quickly becoming one of my favourite wordsmiths.  He writes poetically, eloquent and elegant, and so far all I have read from him has been a treat.  In all honesty, the half a star I awarded short of perfect is only really to acknowledge the fact that much of his take on A Christmas Carol is drawn directly from Dickens’s own words.  Obviously, I understand that this rewriting has been done as homage, as have many writers over the years, particularly for the screen, and the wording is mere tribute.  And, whether the words are from the pen of Charles or Ram, it is wonderful stuff.  In fact, as far as a contemporary remake of the much-loved classic goes, this is a really good one – one of the best I’ve read or seen – and if you like Scrooge reimaginings, you’ll love this one.

Set on the bustling, modern-day metropolis of Mumbai, Ram has managed to capture the themes and objectives of the original, highlighting the socio-economic issues and desperate living conditions of people in the time and place.  In this version, there are issues of eviction, unfair dismissal and modern slavery addressed, but don’t let that define this book for you; Ram’s writing is wonderful, and he manages to capture also the heartwarming humanity and festive spirit of the original, only this time the annual celebration is Diwali and the three spirits are represented by the Hindu gods Shiva, Vishnu, then finally the formidable and bloodthirsty Kali, which perhaps gives an indication of what can be expected of the darker of the three spirits.  Other than its reimagining, though, Ram’s version is very faithful to the original, and does it great justice.

It’s fair to say that I enjoyed this short book immensely, as I have enjoyed Ram’s work previously, and am in no doubt will continue to in the future.  A lovely read.