Posted by Matt McAvoy on Thursday, September 8, 2022 Under: Book Reviews 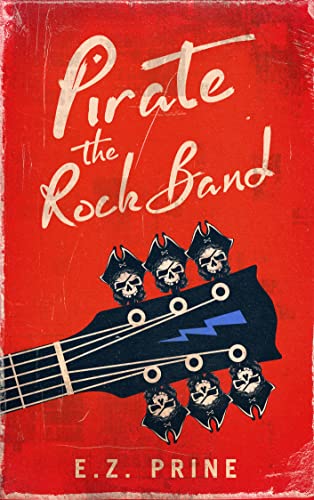 Insightful and good fun, this is first in a trilogy (I assume) that I have been given by the author to carry out my unbiased and impartial review.  It’s a good start, and I look forward to reading the next books in the series, but be warned, without wishing to spoil this book in any way, it is not a self-contained, standalone title; you are required to keep reading.  Telling the story, behind the scenes, of a superstar British rock band as they tour the U.S. in the 80s, whose record company boss puts a spy on their tail, looking for reasons to avoid paying their bonus.

The humour it seems to start with does fade a touch as the book progresses, making way for more melodramatic events and revelations.  It is an ensemble cast narrative, and therefore one specific storyline is not really the star.  Prine’s writing is good, and the reader can easily find themselves fully immersed in the (mainly bedroom) antics of this bed-hopping, bickering bunch of rockers.  It does feel like there is a certain air of insightfulness about it, and the author is undoubtedly a rock fan.  All that said, the book does feel a bit long.  It is very talky, and much of the drama is of an emotive rather than active nature.  There is also a big focus on sexual activity, though thankfully without a great deal in the way of sex on the page (not my cup of tea at all).  It was most disappointing, though, I have to admit, finding it cutting short just as one particularly gripping backstory narrative was starting to take shape, around definitely the most layered character, Jack, and his monstrous past under the patriarchy of a callous and ruthless House of Lords peer.  This storyline in particular was turning out to be very intriguing indeed, and I do hope that Prine goes much more deeply into it in the next book, which I will be starting immediately.  I have to say I look forward to reading book two; it promises to be a great deal more engrossing – this offering, perhaps by contrast, was a touch more detailed in development, and didn’t reach any dramatic heights.  I also hope that the next entry does not leave the reader hanging in the way that this one did.

All in all, a perhaps slightly slow start to a very promising series which seemed to gather momentum toward the first intermission.  Looking forward to resuming afterward.