Posted by Matt McAvoy on Tuesday, July 9, 2019 Under: Book Reviews 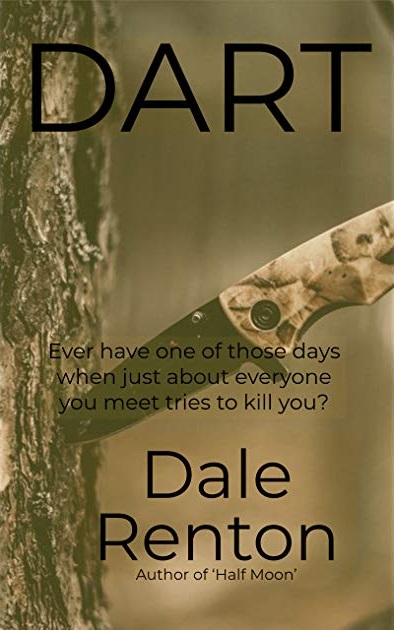 At first sight this sci-fi action fantasy hybrid seems to be similar to many others, but in reality it is quite a distance better than the average.  Set on a  terraformed planet, 600 years from now, “Dart” has not only the very current cautionary messages about the environment and the fears of mass migration, it also handles, rather intelligently, the growing concerns about potential dangers of A.I. in future, taking a more “HAL” approach to it, than “Terminator”.  That doesn’t mean there isn’t a touch of the James Cameron about this, as much of this tale bears notable similarities to “Avatar”.

In the new colonized world, the migrant human population has segregated into two groups: the Sylph and the Formers.  The first have evolved by embracing symbiosis with the planet’s predominantly flora life, living almost as though they were indigenous, whilst the Formers cling to the human way of life, little knowing the extent of their control by the A.I. systems they entrust with their future; that they are called “Formers” is a reference to their being entirely tarred with the same destructive brush as their ancestors (as in “terraformers”), despite the fact that three centuries have passed and most are simply attempting to live their lives.  The interesting aspect of this appears to be that those who have accepted a more indigenous way of life appear to have evolved to life on their planet better than those who seek progress.  The dismay the Sylphs feel at the plasteen (one would assume an advanced form of concrete or resin) the Formers have covered the forest with is one we can very much relate to (particularly those of us who live in England’s Home Counties).

But it isn’t all moral virtue – Dale has crafted an intelligent and clever storyline; his writing is fantastic.  The book looks good, and its proofing is spot on.  The dialogue is sharp and sophisticated, and while it is true that Dart’s relentless wisecracking does wear thin at times, the author acknowledges this, and it is actually an intentional aspect of the character’s personality, which annoys all around him; in Dart’s defence, some of the wisecracks are actually genuinely pretty amusing, too.  All in all, the characters are likeable enough to engage the reader.  Whilst there is a good balance between its sharp dialogue and its storyline, and whilst the action is generally pretty rousing, with good setpieces, I did feel that on occasion there is perhaps just too much going on, which distracts a little from the story.  At about midway, the action really kicks up a gear, and from then on it becomes a little more difficult to enjoy the cleverness of this intelligently woven cross-genre tale.  Although, thankfully, it avoids going overly complex, as many in this category do.

“Dart” is gripping and interesting, and I found it very difficult to put down; although not the world’s biggest sci-fi or fantasy fan, I read the whole thing in two sittings.  I like Dale Renton’s writing a lot.