Posted by Matt McAvoy on Wednesday, January 15, 2020 Under: Book Reviews 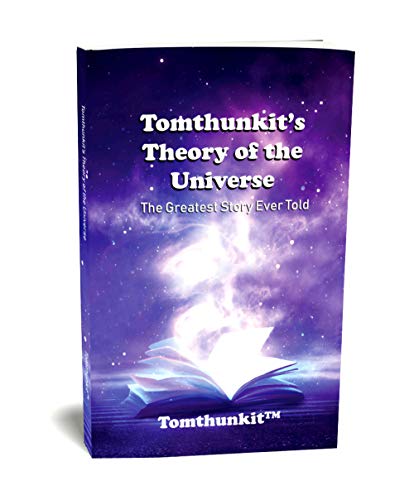 This book is a lot of fun… to an extent.  Insofar as it only means to be, up to a certain point, before it has a very, very serious umbrella message.  Beautifully presented, it addresses literally everything about the story of mankind, our role in the world, and our future role in it.  Up until the last quarter’s sermon, I don’t think Tom takes it particularly seriously.

Tom has a theory on everything, and that’s all this book really is, in the main.  He does his research, of course, and does it well, but the information he presents is for little more purpose than to support his own theories - and unusual ones they are, too.  In his defence, he does make it very clear at the outset that the book is his podium for his fantastical notions.  To be quite honest, I did wonder on many occasions if he was actually being serious or silly.  In fact, I would go as far as to say that for its first significant chunk, I would put it in the entertainment non-fiction category, and would pitch it as an enjoyable, interesting way to spend an hour or two.  But, in fact, this assessment seems to be at odds with its crucial messages of later.

At the foundation of this book, Tom debunks the explanations of evolution and Creationism quite flippantly, asserting his own theory of a more celestial, extra-terrestrial source of mankind’s origin.  It’s all very tongue-in-cheek, I guess, and even if it isn’t, I liked to think of it this way, taking a good deal of light-hearted amusement from it.  I think a big part of my feeling of Tom’s frivolity in this work is the condition of its proof; the language used is quite sophomoric at times, and there are quite a lot of errors.  That said, I did wonder if to professionally edit the book might take away its whole point.  For example, Tom takes glee in advising that he is partial to a little ketamine, in order to see things as he feels they are, which is great, for the most part – to each his own.  The problem with this flippant approach to the matter of the book is that when it gets really serious, the message is perhaps undermined.  To go from frivolity to the real and genuinely devastating subjects of mankind’s imminent extinction, the climate (surprisingly only a small part) and the rise of divisive rulers (an unsurprisingly big part), undermines the point rather, making it come across as usual woke vitriol.  Fortunately, Tom stops (just) short of naming the specific world leader we all know is on his lips, which is just as well, as this would have probably devalued it just that little bit more…

If I am to summarize, this book was sort of important, but partied just that little too much getting there to ring true – a little like a practicing professional scientist who didn’t really care enough to pay attention at university, but still got his degree.  I found it fun because, of the options available to me when reading, that was what I chose it to be – in this respect, this book is certainly unique.