Posted by Matt McAvoy on Tuesday, January 16, 2018 Under: Book Reviews 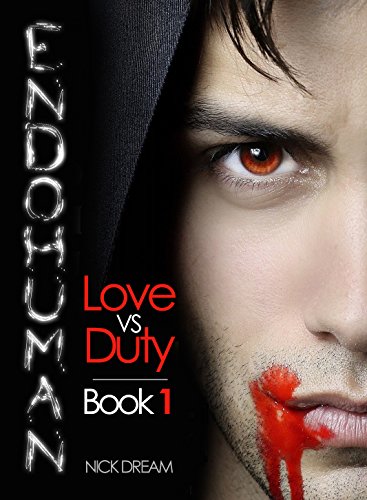 “Endohuman Part One...” is a very strange book to review, in that it unexpectedly crosses genres in several respects. While this is ordinarily something I very much like to see, and the author deserves huge respect for constructing this imaginative story, I finished it with mixed feelings.

The writing was very good, and I was enjoying the book a great deal, in spite of the fact that up to a point, pretty much half way, in fact, it seems your average YA fantasy, with all the usual elements: the geek, the bullying jock, the beautiful prom-queen-with-a-heart-of-gold love interest, and a teen with concealed supernatural powers. From early on, you get the impression this is going to be a better than average YA superhero/vampire anti-hero tale, though Adam does seem to have more in common with Clark Kent than Edward Cullen, hiding his powers behind a geeky facade. Thankfully, a couple of points save us from the standard YA route: firstly, the language is a little raw for a young audience, and secondly, the lead character abhors blood, yet still has a penchant for violence. This, at least, is a welcome revelation.

However, midway, “Endohuman...” takes a strange turn, at the very point you start to find yourself gripped by what was so far a very entertaining book. Suddenly it moves from “Twilight” to “X-Files”, or some 80s Spielberg homage - this is a nice direction, and my high hopes for the book continued, especially as it begins to hint at very dark backstory implications, as shady officials make their entrance. Unfortunately, this is also around the time it starts to unravel for me. The plot forms very quickly – far too quickly, in fact; what is not only the pivotal moment in the story, but also the revelation of the entire fundamental concept of “Endohuman”, was too quickly and concisely structured. In my view such an important section of the book should have been lingered on and developed in far greater detail, but instead it was hurried - I suspect because Nick got carried away with the fun he was having writing it. Furthermore, from here on there was very little in the way of emotional poignancy, and this did not maintain continuity of the book’s first half. Sadly, from here on it just seemed to fall down, and yet another genre twist changed the quality of this whole book, for me. As the climax ensued, after such an entertaining and engrossing set-up, the mysterious “They” were not afforded anywhere near the respect or dramatic credibility they should have been, and the pace of the action and dialogue all seemed a bit too quick.

I would have liked to have seen a lot more detail in the second half of the book – particularly in the emotional responses of the characters - and less confusing ambiguity in the fantasy/myth/sci-fi fusion that Nick wanted to structure; it all becomes a bit of a mess, in much the same way as the two “Matrix” sequels. My advice to the author would be to build another 50 pages of detail into the book’s second half. It is ultimately disappointing that Nick’s great qualities as a writer were not carried on for the duration; in my opinion this book, and its fantastic story, are a lot more clever than he allowed them to be.