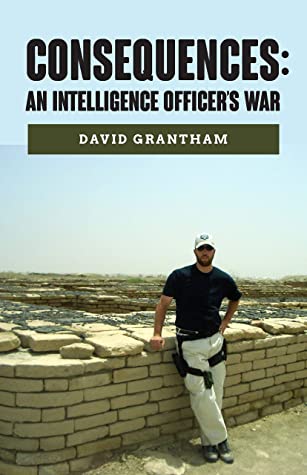 An intelligent book about intelligence, and David Grantham certainly has the credentials to write it.  When you see this is a book about an agency posting in the war zones of Iraq, against the backdrop of the birth of ISIS, you do start to worry that it is going down a disturbing and brutal path – and, truthfully, this book is at times genuinely quite frightening.  Fortunately, though, the author veers away from the horrors of the Islamic fundamentalists he fights against, in favour of an altogether less gung-ho, more administrative look at the situation on the ground – and he writes it in the style of the professional he is.  Gathering intelligence is not portrayed as glamourous and, despite the reference to the movie Spy Game, nor is it treated as an action-packed web of espionage; David’s smart memoir portrays his job as a rather more staid affair, and shows that infiltrating an alien community to gather information is a simple matter of making acquaintances, talking to people, gaining trust and listening carefully.  There is no real action to speak of, no complex web-weaving or expensive gadgets, nor thankfully does it linger on the revolting activities of the extremists.  David and his colleague Erin can more accurately be described as grafting investigators than soldiers.

The book is an informative and insightful one, which opens your eyes to the reality of day-to-day life in a war zone, specifically the tangible tension and paranoia of every waking moment, seeing threats and distrusting everyone.  It also shows the rather diplomatic reality of what David’s job entails, and how the information is then processed into useful data.  The consequences referred to in the book’s title are in fact its most shocking aspect: the suggestion that American incarceration and segregation of Sunni and Shia militants in the enormous prison Camp Bucca might have actually been instrumental in the galvanization of a brutal collective, which would prove to be the origins of Islamic State, is a devastating one.  As far as mistakes and consequences in war go, this one is a banger!  The suggestion that prison staff’s indifference or internal power struggles somehow might have aggravated this rise is a bitter one to swallow.  This is a brave and important book by David, and he tells of his experience with a matter-of-fact calm.  If you’ve any doubt about David’s insights or opinions on the situation in Iraq, his professional experience before and since should tell you all you need to know – he is a working authority on national security and policy analysis; it is a privilege to be asked an opinion on his writing.

A good book, solid and dependable, about working at the grass roots of Islamic terrorism, which relies on the reader’s sense of its paranoid tension to make its point, without wallowing in the horror – that part we already know.  Not a war book, but an intelligent book about the seeds of war.