Posted by Matt McAvoy on Monday, April 29, 2019 Under: Book Reviews 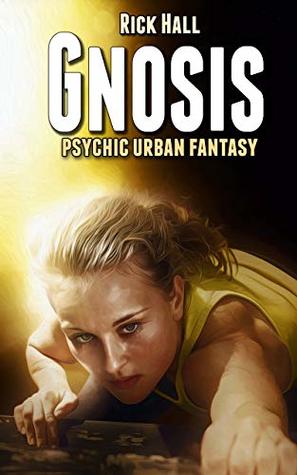 “Gnosis” is generally entertaining and well-written by Rick Hall, even if, for my tastes, there aren’t things about it which particularly stand out.  It falls very firmly in the young-adult / sci-fi / fantasy camp and features all the usual formulaic elements of this contemporary cross-genre: the resourceful but unwitting teen heroine, with psychic abilities bordering on superpowers and shady government figures in pursuit, to either kill her or harness her ability.  The author himself, to my knowledge, does not fall into the young adult category (sorry, no offence Rick), and at times his sophistication – which really comes only from experience – betrays the YA narrative; not often, but just occasionally.  It is just as well that it does, though, because at times the language starts to grate a little, as does little Alexander; I have to admit, I did find the repeated use of the idiom “—or something” at the end of observations to be a wee bit lackadaisical and - whilst I am sure it was intentional, to befit the characters – perhaps it came across as nonchalant writing, which I am sure that Rick is not at all.  On the contrary, he is a good author, clearly, and his book is very professionally written.  Whilst I did note a handful of errors, which should really be proofread, particularly in some of the punctuation choices, other than this, the writing itself, and the dialogue, is decent.

Regarding the plot of “Gnosis”: albeit with the addition of a couple of “Happy”-style brain manifestations called trella gondii - which, in the case of the lead character, takes the form of a young, naïve and caring boy - the storyline is a rather generic one.  Yet, despite this, whilst overall it is a simple enough read, it did become something of an effort to remain engaged – I think, perhaps, because of the sheer number of events occurring, from one scene to the next.  Beyond the main plot points I have mentioned, the story otherwise becomes very – and unnecessarily - convoluted.  As we explore each character’s additional trella gondii symptoms - which generally take the form of supernatural kinetic abilities, such as technokinesis, telekinesis and pyrokinesis - I started to become baffled by the whole dynamic of Sam (the heroine) and Alexander (her manifestation) in respect of the things they were actually able to do – not because these things are not clear, but more because they are not kept simple enough.  I personally believe the book would be a great deal more entertaining if it were shorter and on a less ambitious scale, with a less involved storyline; it is quite long, and does feel it, in parts.  The fantasy element doesn’t really benefit this book a great deal; what it does is necessitate more scenes and expand the word count, to the point where, unfortunately, at times it feels like things are just happening, one after another, in what is otherwise quite a simple YA storyline; I have to admit that by midway, I was starting to read with half an eye.

In the long term, “Gnosis” comes together ably enough, if unsurprisingly.  Overall, though, I found myself thinking that it could be vastly improved by tweaking – and simplifying its story.  To end on a positive note, though, Rick knows his genre and has created an interesting ensemble of characters, I am sure, with half an eye on a sequel.  So, for those who like to read this sort of book, I would recommend keeping an eye on Rick Hall and Samantha Black.