Posted by Margaret Walker on Thursday, January 23, 2020 Under: Book Reviews 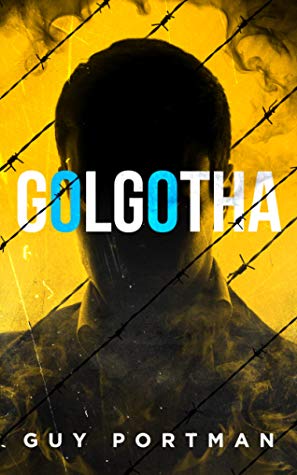 Golgotha is the third book in Guy Portman's Necropolis trilogy. It is as dark and sociopathic, as only the British know how to be, and will be welcomed by fans of Necropolis and Sepultura.

Dyson Devereux works in London in the funeral industry.  However, whilst awaiting trial in the San Vittore Prison, Milan, he has been a prey of the possessive Alegra, femme fatale on steroids, with whom he had spent only a couple of nights prior to his incarceration.

Upon Dyson’s release, Alegra is determined not to let him go.  Recounting tales of vengeance against the men and women who have crossed her that would put an Italian opera to shame, Alegra networks amongst Dyson fellow inmates and sends two Albanians to England to sort him out.

Meanwhile, Dyson continues his habit of eradicating those of his fellow citizens who have displeased him. From this point on, I found it comforting to know that the protagonist had a skeleton in his closet. In a nice touch of irony, Dyson detests gender neutral language but refers to all his victims as “It”.  He teaches Latin to his five-year-old son, for example, who has been suspended from school for slurs against gender fluidity. The boy’s teacher is next on Dyson’s hit list.

This is a dark comedy. It’s clever, observant and quite brilliantly characterised. If Dyson doesn’t seem insane at the beginning, he certainly does by the end.