"Gone to the Dogs" by Simon Gary

Posted by Matt McAvoy on Thursday, January 24, 2019 Under: Book Reviews 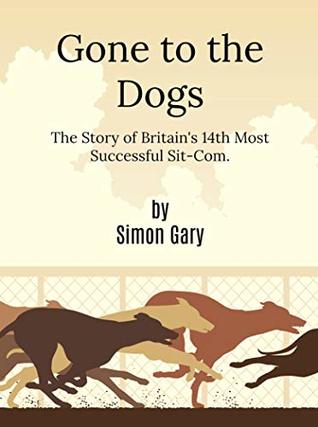 Very quickly when you start reading this book, the author’s affection for the era and its naivety come pouring through.  I didn’t know what to expect, realizing that the sitcom to which it refers - despite Simon Gary’s misleading foreword and blurb – is actually a fictional one, as are all the characters therein; though, clearly based on an element of reality and, by the looks of it, some industry experience on Gary’s part.  With its nods toward the “Carry On” movie style, and sitcoms like “On the Buses” and the like (all of which I have my own affection for), I found it a gem.  His tragi-comic prose is delightful; Gary writes in a cheerful and unassuming style, infusing his nostalgia with a charming humour which genuinely made me happy at times – I noticed, as I read, that I was often doing so with a smile on my face.

This said, “Gone to the Dogs” is at its best when the drama begins to take seed.  Set over the course of recording five TV series’ over five years (I refuse to call them “seasons”), its characters’ stories develop enthrallingly, not least that of Kenny Burlington.  Without wishing to spoil, there is an almost inevitable underlying expectation of tragedy about this book, which adds to its value hugely; when these tales unfold and culminate, a hollow feeling begins to take hold of the reader, and I did find myself feeling sad as I reflected on the reality of the “Carry On” and “Buses” era - the lives and (often empty) relationships of the cast being in contrast to the bubbly and innocently risqué high-jinks on screen.  Gary captures this era-specific industry perfectly, and I am glad that he chose to portray it more closely to what it was really like, warts ’n all, rather than feed the romantic appeal it still has amongst the oh-so-British.  Despite his exposé, there is something quite cosy about the smutty, bawdy, British comedy of the 70s, with all its innuendo and political incorrectness – I am in no doubt that it is the welcome of the latter which still contributes nowadays to its continuing appeal.  Midway through the book, Gary breaks it up, thankfully, with a fictional episode script, which perhaps goes a touch too far in its rudeness, and I did wonder if it would have genuinely been gotten away with at the time.

I believe this to be a labour of love for Gary, and think he will be happy with the result.  The dialogue is wonderful and charming, and overall “Gone to the Dogs” is a funny, dramatic and ultimately very moving book; I enjoyed it very much, and it has drawn my attention to a very satisfying author.