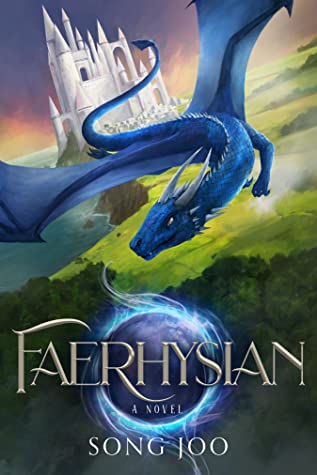 This is a good book, and one which I must say I enjoyed in the main.  If I am being honest, though, there is a large section of this entertaining epic which threw me off somewhat.  Until midway it is a pretty straightforward, rousing fantasy actioner, with more than a passing nod to Game of Thrones and the like, but then in the second half of FaeRhysian, the magical high-fantasy element becomes more prominent, the characters begin to embark on time-crossing “treads”, and the story starts to become a lot more convoluted, on several timelines – this part of the book lost me at times, and required far more intense concentration, a fact which wasn’t made easier by the multi-viewpoint narratives scattered throughout its very long chapters.  Indeed, this is a particularly long book, and if there is any aspect which could have been trimmed to streamline it, I would suggest it is definitely in this third quarter.  Fortunately, it does get back on its pace in the third act, to make for an exciting ending.

The overall story is a good one, enhanced by an intriguing backstory, and Song has written the book tremendously well; she is indeed a decent, articulate and solid author of the genre.  As well as the engaging narrative, I found the characters well developed and endearing – even the children who were its primary protagonists.  I will reiterate that I think it would have benefitted in many ways by being slightly shorter, or perhaps devoting more of the page time proportionally to its action sequences, particularly the epic final battle.

In general and in summary, though, these gripes aside, it is fair to say that I really enjoyed this interesting otherworld jaunt.  I do recommend, if you’re planning to read it, that you give it the respect it deserves by isolating and paying full attention – in that case, I think you’ll enjoy it and find it satisfying enough to look forward keenly to what comes next from Song.