Posted by Matt McAvoy on Sunday, October 25, 2020 Under: Book Reviews 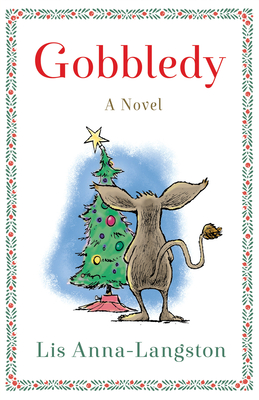 This is an enjoyable, nicely written kids’ book for, I guess, the middle school, pre-teen age group – it also has some wonderful illustrations.  Lis writes well in the first-person viewpoint of a young boy who finds and befriends a cute little alien.  It is easy to see why this lovely author has received the plaudits she has for her children’s writing – she certainly deserves them.

With more than a touch of E.T. about the story, it is good, naïve and harmless fun, with a little suspense and adventure thrown in.  Thankfully, although there are a couple of geekily inept antagonists, it avoids the more serious themes of being hunted by shady government agents and life-threatening peril for poor little Gobbledy which it might otherwise have included, opting instead for a more innocent appeal – this is a book, rightly, exclusively for youngsters, and there is no need for a Spielberg degree level of threat.  That said, it does still tackle the serious issue of death and bereavement, and how it is understood by children, adults and aliens alike – at moments in a heartbreaking fashion.

I really enjoyed reading this book.  The writing is suitably articulate for all age groups, and the heroes are good kids, happily navigating their innocent little world.  I wonder if perhaps a little more action could have been afforded to the story, and while I really enjoyed the drawings (which brought to mind early editions of Willy Wonka or The Wizard of Oz), I did think at moments that a few more might have been nice – specifically of Gobbledy himself.  I would recommend this book for kids of that particular age group, and would be interested to know where the adventures of this group of friends lead them in future tales of Gobbledy – nowhere too serious, I hope.