Posted by Matt McAvoy on Sunday, July 5, 2020 Under: Book Reviews 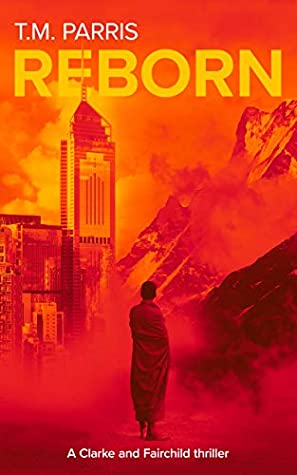 If you like good mild suspense, in any genre, I suggest taking a look at this gripping tale of international espionage, as an ambitious young MI6 spook tracks a former British agent across Hong Kong, China and Tibet for reasons she is not privy to.  As well as being an engaging political thriller which draws heavily from the reality of Chinese atrocities against the monks of Tibet, there is ample mystery in the tale and enough moral ambiguity in the behaviour and respective backstories of the two main characters to infuse a genuine sense of menace.  Characters are well developed, with a well-crafted contrast between their machine-like duty and genuinely endearing humanity; quite frankly, they are ruthlessly efficient and likeable in equal measure – a definite strength in the author’s style.

This is a tremendously well-written book by Parris; I really like the author’s easy-going style and timing.  Articulate and well educated, she clearly knows the subject of Chinese-Tibetan politics and Buddhist culture, and she has seamlessly interwoven this knowledge with a cat and mouse tale of British intelligence agents pitting their wits against each other and their collective foes.  Add to this an intriguing family backstory, which is not incidental but directly driving events, and you have the grand sum of a well-considered and superbly accomplished book.  Whilst entertaining, this isn’t an action thriller, despite its exotic locations and grand scale settings; it is a comfortably paced and simply constructed story-based tale, which I recommend highly for a relaxing couple of evenings or a Sunday afternoon.

I must admit that I was of the belief that the book was going to go in a particular direction, and I was thankfully relieved that it didn’t.  This reinforced to me that Parris is a genuinely professional author, and this book modestly displays its own definitive quality without the need for attention, fanfare or showboating.  It is also ultimately satisfying, in a way which stands alone yet leaves enough dangling to promise a superior, decent series; I do hope to read more from Parris soon.