"Thryke: The Man That Nobody Knew" by Simon Gary

Posted by Matt McAvoy on Wednesday, July 1, 2020 Under: Book Reviews 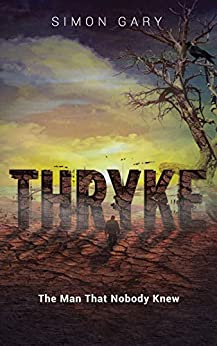 Another tremendous book from Simon Gary, and in this prequel to the wonderful Gone to the Dogs he has really honed his craft in character development; Thryke is a masterclass.  Not reaching out for some of the hilarity or bawdy laughs of its predecessor, this instalment is a much more subtle, poignant comedy, with greater focus on the genuinely moving emotive elements of …Dogs: sadness, happiness, romance and a life of rural innocence.

I’ll be honest, I wasn’t a great fan of Cornelius Thryke’s character in the first book, but (as I’m sure is the author’s intention) I’ve seen him in a whole new light after reading this engrossing tale of a quintessential English country boy, through childhood in boarding school, military honours on World War Two’s Africa front, to a career in the Ealing-style British movie scene of the ‘50s and ‘60s.  Thryke would then go on to become one of our greatest national treasures – a cad and a bounder epitomized.  There is a real sense of classic British pride – the Yorkshire pud and spotted dick kind – and like …Dogs this is a gem of a book for any discerning fan of glorious middle-crust, mid-century English life.

A beautifully written tale, the real star of which is the tragedy which underpins it throughout; Simon is an expert at getting the reader to really emotionally feel the situations he writes, in a way that very few authors I have ever worked with can.  This was undoubtedly a labour of love for the author, and I too came to develop a real affection for Cornelius, desperately hoping that he would find happiness in his naivete.  Understated, subtle and incredibly moving, this book is a triumphant fictional life-story, of a character that I came to care about almost as much as his superbly talented creator does.  The best book I’ve had the pleasure to work with in a long time – very highly recommended.