"I, CLAUDIA" BY LIN WILDER

Posted by Matt McAvoy on Thursday, April 4, 2019 Under: Book Reviews 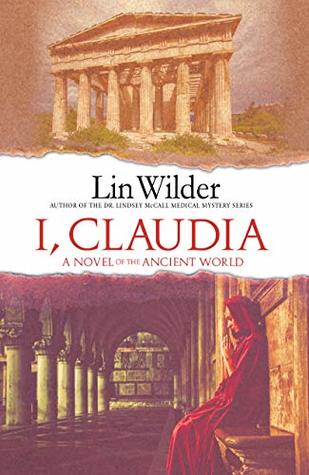 Lin Wilder is a tremendously good author, on the highest tiers of quality, and with her books, you are always treated to a masterclass in author research for fiction.  “I, Claudia” revels in this, giving Lin the perfect vehicle to apply this trade – and “trade” is the perfect word to describe Lin’s work, as she goes about her business of historical research with the thoroughness of a data analyst.  Additionally, if you were in any doubt about the credibility, she readily references all her sources, even in her works of fiction.  With her experience of writing high quality, meticulously laboured books, she is a professional in the craft, infusing fictionally dramatized events with copious amounts of factual accuracy and terminology.  It goes without saying that she also is a superb writer.

There are two halves to this book, and two contrasting paces to them.  The first is something of a slow-burner, focusing mainly on the engagement and journey of young Claudia and her husband-to-be, Lucius Pontius Pilate, to their initial meeting and marriage, with occasional entertaining reminiscences about good and bad times in battle, by the latter.  I was perhaps expecting, from the blurb, that the young wife would achieve extraordinary things in her own right, but this was not really the case with “I, Claudia”, as she simply tells in her words an eyewitness account of her husband’s fateful final years; with regard to Claudia Procula herself, there seems little to tell (and, as Lin honestly advises us, there is very little of her in historical literature).

Where this book really started to hook and draw me in was its second half, and the inevitable introduction of Christ into the life of the couple - from this moment on I was utterly engaged.  Certainly, we all know Pilate from this primary source - his part in the persecution and execution of Jesus - but Lin admirably portrays Pilate as a decent and honourable man, put in an unenviable situation; she presents a good case that the Prelate’s notoriety is a great injustice and misinterpretation of history.  She does this objectively and even with a hint of respect for the man, and this is to her huge credit, because I know the huge importance of Lin’s own Christian faith to her (this said, if she is multi-layered about Pilate, her contempt for King Herod is notable – a character she does not so much craft, as dollop like some odious caricature across the page.  Fair play to her for this, however – it can be reasonably assumed that anybody who murders a reported 14,000 infants is generally revolting, in anybody’s book).  I have to be honest and say that whilst I don’t doubt the professionalism in Pilate’s repeated attempts to exonerate Jesus, I wondered if Lin was perhaps a little too sympathetic and forgiving toward the Roman, perhaps over-optimistically assuming the devastating guilt he felt for his part in Christ’s torture and murder – this was, after all, a man whose job it was to dispense brutal justice, and one would therefore presume that he did so ruthlessly, on many occasions.  Still, remorse is something we all need to believe in for our own peace of mind, no less so than a Christian, to whom forgiveness is paramount.

“I, Claudia” is fantastically vivid and descriptive, as Lin sets every scene, mood and feeling intricately, as though you are right there in the setting, and in the mind of the character.  Her account of Christ’s ordeal does not wallow in the graphic detail, and indeed the majority of his suffering occurs off-page, but, via Lin’s quality, detailed writing, you feel his pain nonetheless, through proxy of the two main characters.  These parts are hard to read and extremely heartbreaking; you want his end to have been different, but of course you know it will never be, no matter how many times you read.  Whilst I am not myself a person of religious faith, I believe in the existence of Jesus the man, and am disturbed by the brutal nature of the torture I am certain he suffered, before he died; I am in little doubt that Lin, like billions before her, has suffered for him – yet, she presents his end only with love, hope and forgiveness.  And, that is, of course, the whole point of this semi-fictional book.

Lin is a very intelligent, articulate author, with a tremendous vocabulary, and most certainly a trustworthy source of factual detail.  Whether for historical reference about Pilate, or purely for literary entertainment, “I, Claudia” is a wonderful book to read – Lin’s best, in my opinion – and I enjoyed it hugely.