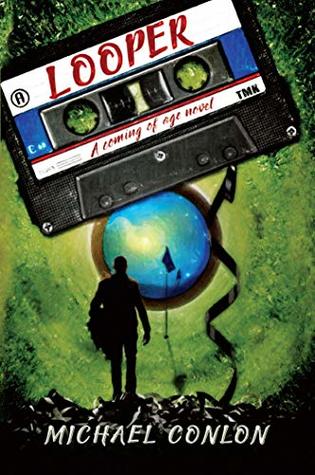 “Looper” is not quite what I was expecting, but rather a pretty laid-back, inoffensive affair, telling the tale of a teenager who spend his 1980 summer break caddying on a pro golf course.  Although the tagline suggests this is a “coming of age” tale, I think perhaps the main character Ford is a couple of years too young to be described as that.  There are none of the usual puerile high-jinks which often accompany such a genre, and to be honest that is refreshing; Ford and his friends seem generally quite good kids, and with the exception of one incredibly harsh lesson for Ford, late in the book, it makes a pleasant change to see a light-hearted tale about American teenagers, without being subjected to their usual slapstick pursuit of girls and hedonistic boozing.  Ford and his group seem far more interested in golf and their academic future, than any of that stuff; “Caddyshack” this certainly isn’t, and I liked that about it.

Focusing on the nostalgia, the author Michael Conlon definitely knows this era well, and the book reads as much a love letter to the music of the time and chilled out middle-class lifestyle of this group of friends, as any other aspect.  It is not a comedy as such, though humorous at times, nor is it particularly a sports book, even though golf features extremely heavily, and Conlon definitely knows a thing or two about the pro game.  I think, in all, if I were to define “Looper” it would be a romantic tribute to another life in middle America – think “Happy Days” on a golf course, without the canned laughter and featuring a wonderful soundtrack.

Conlon is a good author, and the book is very professionally created and well written.  Although not particularly dramatic in any way, and not easy to categorize, I enjoyed this book, perhaps because of its calm ambiguity.  I will be honest and say that, for a book with such a relatively low-key action storyline, I did find the word count a touch long, and perhaps would have enjoyed it a great deal more were I a keen golfer.  That said, I like Conlon’s writing style, and it is difficult to find anything not to like about “Looper”.