Posted by Matt McAvoy on Thursday, December 1, 2022 Under: Book Reviews 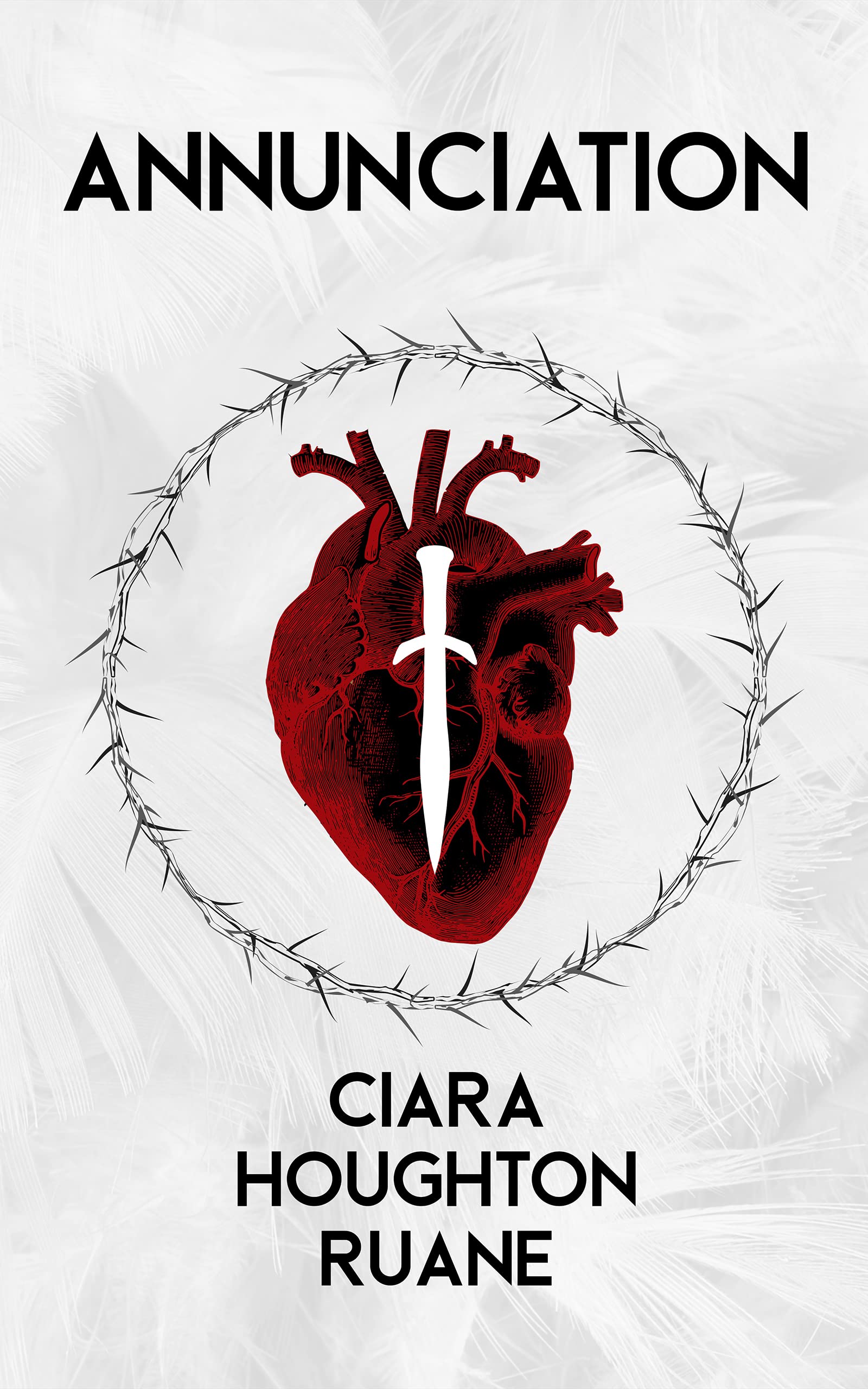 This book is better when you think back on it in hindsight, and I have to say that even during writing this review I have improved my rating of it slightly, as I think over the quality of its workmanship and its writer.  I like the premise, of an unassuming, modern-day teenage girl chosen to be the mother of the second coming of God’s son.  It is a book which doesn’t delve too deeply into either the goodness or the darkness of the bible – though there is a fair bit more of the latter than the former.  Nor is this a particularly eventful book, but rather a brooding, atmospheric drama – in this respect, Ciara is very good at what she does.  Melancholy and reflective, Annunciation’s strength is in its emotional and humanist depth; she is a clever and thoughtful writer.  Although predominantly dialogue-led, the book peels back the psychological layers of discovering true faith in the context of social obstacles – and this book features plenty of those.  Whilst presenting some of the usual tropes associated with such a narrative – the fanatically right-wing preacher; the corrupt politician; the easily impressionable crowd; all under the control of Satan himself, living amongst us in plain sight – there is also no denying the social commentary running through it; perhaps I may be overly sensitive, but I couldn’t help identifying the undertones of racial, gender and class inequality in its themes.  This is all okay, though, and at times makes for great entertainment (though the book’s best moments are definitely when Satan is revealing his true self), although I have to admit that I always find the moronic, fickle mentality of a crowd in books to be a little irritating – of the usual tropes, it is one of those which feels the biggest cop-out to me.  That said, it does make for some tense moments, which made me genuinely nervous after watching the Jennifer Lawrence movie Mother (for those who haven’t seen it, I won’t spoil, nor would I recommend that you watch it).

One thing I will say is that Ciara looks to be something of a star.  She is a hard-working author who doesn’t miss anything; her character interaction is realistic and comprehensive, and her attention to detail is something to be admired.  This book is pretty much the perfect length it needs to be, at times feeling slower than others, but always gripping and engaging.  That said, I have to be honest and say that one of my biggest drawbacks with it is its presentation; it needs a fair bit of work, in my opinion.  But the story arc is very nicely paced, and its themes and narrative perfectly delivered.  Sure, it could and should be better with technical attention, and at times I feel it perhaps lays the tropes a little thick, but I don’t doubt that Ciara’s next will be just as good, if not better.