"CRAZY ABOUT KURT" BY WILL LINK

Posted by Matt McAvoy on Wednesday, May 22, 2019 Under: Book Reviews 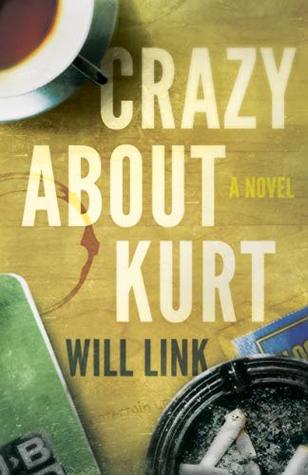 Will Link is a brilliant author, who a fantastic use of language (both description and dialogue), which will easily relate to younger and older adults alike.  While some of his subject matter may be a little coarse for the former, just remember that it is their age group this refers to, and they know it better than our nostalgic view of it.  Older readers can reminisce about the days of their youth, while the youngers can laugh at the commonalities between us, which still characterize their generation now.  Link paints the early 90s era well, with a great grasp of the music scene, pop culture, fads and technology; it puts you right back there, with a rueful feeling of was I like that?  Of course, we certainly were.  Some of the vulgarity of our behaviour at that age does make me cringe a little.

Though not particularly unique in any way, “Crazy About Kurt” is very well written, and Link does a fantastic job of connecting an ensemble of characters who are trying so desperately hard to fit in, whilst each trying to find their identity in a different cliché group.  Set over one day, the death of Kurt Cobain is the scenario over which these characters can explore and reflect, and pretend to the outside world that this is their common ground.  In truth, however, half of them don’t even care for Kurt Cobain, and in fact it could have been any metaphorical event which created this faux solidarity – the reality is that once the tears have been wiped away, they still only want their usual objectives of getting stoned, getting laid and getting the girl, simply as before, without their peers knowing that they actually prefer the music of Billy Joel.

The book is extremely funny at times, and there were a lot of real laugh-out-loud moments.  Very much in the vein of “American Graffiti” and “Dazed and Confused”, as the author suggests, and if you like the films you will probably like this.  Strangely, though, I didn’t care much for the films at all, yet I loved this book.  Link’s humour comes across a lot more subtly than on the screen, and really involves you in it, whereas the films are perhaps just a little too all-American high-school culture for my British tastes.  Reading about their exploits, especially from the first person monologue of each, gave me the opportunity to relate to their behaviour a lot more – particularly being one of their generation – and shows that the social inaneness and debauchery of this age group in 90s culture was universal.  It ends on a surprisingly poignant note, without turning slushy – think John Hughes taking a little advice from John Belushi and you’ll be somewhere in the vicinity.  By the end, Link takes off his comedy hat and lets his heart rest on his sleeve a touch; his tribute to this era is clearly an emotional one.

“Crazy About Kurt” is a good book, funny and fun, and I found it a great way to spend a couple of evenings.