Posted by Matt McAvoy on Tuesday, March 30, 2021 Under: Book Reviews 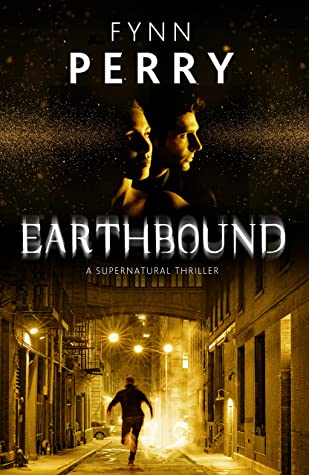 I really like the premise of this hybrid supernatural paranormal/crime thriller, in which the spirit of a man who is the victim of an apparently random street attack remains earthbound to investigate the murky criminal activities surrounding either his murder or his attempted murder – if it sounds a little like Ghost with Patrick Swayze, here is where the similarities end; it has larger scale ambitions than this.  I particularly like the element of dark, malignant spirits lingering in the bodies of bad people (a la Hitler; Bin Laden, etc.) to ensure that evil maintains an earthly presence, in order to control the species at the top of the food chain.

However, there is nowhere enough of the supernatural, I think.  To be truthful, I think it is too heavily outweighed by an overly detailed and wordy crime story, involving a cartel creating a new drug to help facilitate a lucrative organ harvesting racket.  I just felt that while there was actually nothing wrong with the story generally – in fact, I liked it a lot, and think Fynn has a tremendous creativity for crafting an interesting cross-genre narrative – it was just too long, and felt convoluted; I would like to have seen far less of the crime story in Act 2, and more prominently featured the story of John, which felt as if it had become somewhat relegated and become a little by the bye.  As well, there does reach a point where you think the book should have been finished by now.  Being brutally honest, I felt Earthbound could have easily shed a good quarter or even a third, and been much the better and slicker for it.

But, overall, this is a good book, if perhaps a touch ambiguous.  A really quite unique and interesting thriller which hints at much more to come.  With a little streamlining, I think it would be a work of real quality.