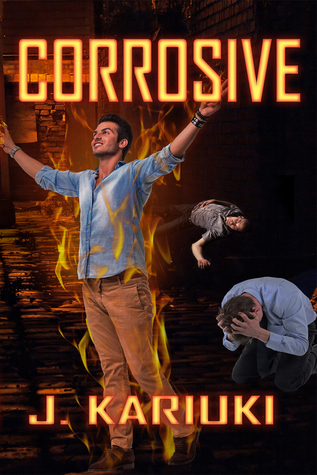 This novella grabbed my attention, not because of the cover (which, if I’m honest, could really do with a complete reboot), but because of the blurb – the author sells the story very well with his synopsizing of it, and it intrigued me.

I have to say I was well impressed – the story grabbed me instantly, from the outset a mixture of mystery and repulsion; I couldn’t wait to get from one scene to the next, if only just to find out more.  The book is incredibly well written and edited – it is clear that Kariuki is a very good writer, with a highly professional knowledge of his craft and the English language.  His turn of phrase is faultless, his descriptive monologue and metaphor satisfying and creative; he is great at setting the scene, and, as the reader, you really feel every moment of Stan’s life, not to mention his suffering.

There is a real undertone of malevolence about the story, even before it has unfolded, and the subtext and backstory are every bit as enthralling and suspenseful as what is to come.  At about the midway point, “Corrosive” (up until now, evidently a horror story) heads in a completely unexpected direction (though not particularly an unwelcome one).  The tension builds momentum from here, and you do find yourself gripped to know how the elements will intertwine, whilst simultaneously biting on your fingernails.  As Stan’s character develops, I did start to suspect that his skin condition may have been a metaphor for something else – a mental disorder, perhaps, which needs satisfying; only, instead of locked away in his mind, the disorder displayed conspicuously on Stan’s body for him to see.  I even found myself wondering if the condition was real, or just a trick of his mind.  When the real reason for his affliction is revealed, it is actually pretty satisfying, and changes the book’s genre entirely – what was supposedly horror in the first half now evolves into a fully-fledged action thriller, with shades of M. Night Shyamalan about it.  At the end, the reader is left eager to see big developments in Stan’s anti-hero character, and hoping very much for a sequel or two – an opportunity I sincerely hope Kariuki opts to take.