"The Black Shade of White Justice" by Cattleya

Posted by Matt McAvoy on Thursday, February 27, 2020 Under: Book Reviews 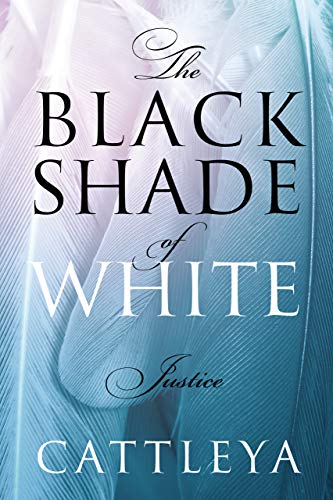 This extremely long tale starts off with a real air of epic fantasy about it, as we parry back and forth between the Heavenly Kingdom of the angels and northern Spain, at the turn of the 13th century. As the celestial beings come into conflict, and some fall, there is the promise of mighty things to come in this 750-page odyssey. After the opening quarter, however, we find ourselves in modern-day London for the duration of the book, which is perhaps a touch disappointing (no less for me than because I live there). From there, it becomes very difficult to place this book within a genre, as inhumanly virtuous Sophie and her friends investigate a spree of shockingly brutal murders, including dismemberment, decapitation, mutilation and inverted crucifixion, apparently carried out by the most Satanic of killers. English is not Cattleya’s first language, but …Justice is written absolutely beautifully. The grammar is flawless, the book polished to perfection, which is no mean feat for a work of well over a quarter of a million words! The prose is poetic throughout - in a way, perhaps a little more poetic than one would expect from its English cast, though this just goes to show how much more attractive the Polish turn of phrase probably is than our own; you can almost imagine the characters speaking beautifully in a European accent, which of course they aren’t. Sure, it is long, and for the most part, unnecessarily so, but Cattleya’s language makes it a pleasure to read, and despite the word count, I managed to soar through this book. Cattleya deserves review stars, definitely, for the huge amount of work she has put into this book, both in its drafting and editing – it must have taken her years, and for this I applaud her hugely; the writing is stunning. But, there are things about the book that I wasn’t too keen on, I must admit. It is extremely wordy, and important points can very easily be missed in its profound description and excessive dialogue. Moreover, whilst I know it is an important trait of the characters, the never-ending declarations of love became a little sickly, as does the continuous revelation of Sophie’s heavenly allure and perfection; repetition is always a risk in such a long book. The word count could easily be cut in half; a huge amount of the book is superficial or somewhat out of place. When …Justice is good, and adhering to its ancient storyline, it is excellent - outstanding, in fact; but the rest of it ruined the experience a little, for me. It becomes very difficult to know if we have veered into the romance genre – erotica, even – or worse still, pure glossy chick-lit. The sex scenes seem overly vivid at times, and there were perhaps a few too many to take the book as seriously as we could be. Worse than this, though, is the extensively detailed life of opulent luxury the main characters lead – I didn’t really see the relevance of it, other than to show that they were rich. The shopping sprees and boutique scenes sometimes felt absurd, and read more like the product copy in the highest-end luxury catalogue. I have to admit, this whole fairytale Fifty Shades of Billionaire aspect to the book really threw me from what was important, and personally I think …Justice would have been hugely improved without it. I love books which cross genres, for sure, but whilst historical fiction and fantasy may cross well with crime thrillers - and perhaps even with romance - I’m not so sure about erotica and Chelsea gloss. Still, an outstanding piece of work, and undeniably something of a triumph by the author; I do wish her huge success with it, because I have rarely come across one which worked so hard on a book.