"The Fear" by Rae Louise 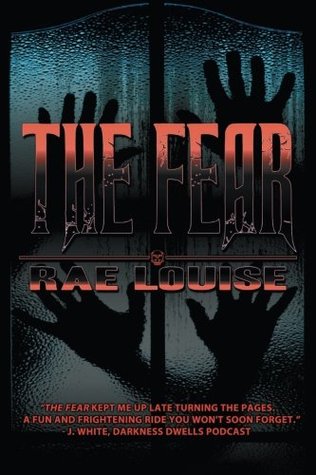 From very early on when reading this book, two things become immediately clear: first, this is a particularly formulaic horror book, and second, Rae knows her genre very well indeed.  It opens with a great, attention-grabbing, wince-inducing scene, which grips the reader firmly by the throat, in typical fashion, and, for those seeking a standard get-what-you-see supernatural horror thriller, it continues in the same vein relentlessly throughout.

“The Fear” is Rae Louise’s homage to the cliché-ridden 3-act horror genre, which she has undoubtedly studied at length.  It features all the usual ingredients: the bickering sisters/single mum with no man on the scene, frightened dog, deranged neighbour who clearly knows more than he is given credit for, and the unlikely psychic, stirred in with the more contemporary horror elements of a child tormented by a malevolent supernatural force known only as “The Shadow Man”.  Rae does a great job of creating and building the tension, as well as the villain’s chilly backstory.  The book is very well written, and its timing well-crafted; although the metaphors are perhaps a touch unsophisticated, Rae is a good, professional author, whose book is of a significantly better quality than the average horror e-book by an establishing writer.  She clearly indulges in any hint of a gore-opportunity (which is great fun, by the way), and there are some good set-piece moments, if perhaps not particularly original.

The realism afforded by the book and its cast’s gritty northern Britishness, in my opinion, assists the tension, bringing it into the real world, rather than taking us into its.  However, the violent action sequences, when they occur, are perhaps a little too naturalistic and down-to-earth, which affects their impact – I feel these scenes could perhaps benefit from a touch more artifice and a lot more atmosphere.  Although quite entertaining, there are no real surprises in a book which is pretty much a list of motions.  Its concept, characters and story are all standard stuff, and there is little in the way of shock or deviation.  As a result, the reader is left with an unsated feeling of familiarity – we have all read this book before, and there are a hundred movies like it on Netflix.

Still, if you’re looking for a formula horror, which, let’s face it, many of us are, you can (and probably will) do a lot worse than “The Fear”.