Posted by Margaret Walker on Tuesday, July 14, 2020 Under: Book Reviews 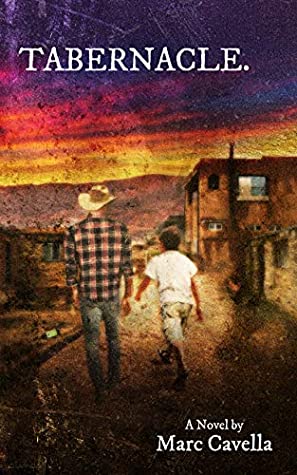 I think this novel was too subtle for me.  As I read it, I developed an idea that I should have come to it with some prior knowledge, and that this might have helped me.  Perhaps my problem is that I’m not American.

Edward Jones/Troy/Joey/Emmitt is never formerly introduced under any of these names but has a successful background in life insurance sales and is a proficient con artist.  He is hired to research the possible shortcomings (hopefully pornographic) of a respectable Mormon school principal and, on the pretence that he is looking for a suitable school for his non-existent son, he hires a local child to help him with the job.

The novel was very original but crowded with memoirs and home-grown philosophy, all written in Texan dialect, and sometimes I struggled to find my way back to the main plot.  The book is better described as a long short story, or a novella because, just as I thought it was moving forward, there would come yet another cruisy section of reflection, so that it really seemed to me that the book was a vehicle for the dialect, and not primarily plot driven.  ‘He took a gander my way to see if his apology was meetin’ my approval, but I disabused him o’ that notion right quick.’  I also needed a few more plot points to deduce the outcome myself, rather than being told what it was at the end (I think).

However, once I got inside the protagonist’s head and figured out that he was conscienceless conman I was on much firmer ground, but I still feel the novel was about culture and not plot.  The dialogue of the protagonist has a nice irony to it.  The reader travels along with him and gets to know him very well by the end.

The book is dialogue-rich, in dialect, and I am torn between irritation at this technique used to convey plot and characterization, and a dawning notion that it’s terribly clever and I really ought to have known this.  Still, I think you have to like the southern U.S. culture (or grow to like it) and for me the jury’s still out. If the constant dialect is relevant to the plot, fine, but when it’s also employed in flashbacks that are relevant only for an already very well drawn character, then it subtracts from my interest in the book.  I would have preferred a tighter plot and less musing, but that’s just me.